Hypertensive Disorders Of Pregnancy And Utilization Of Antihypertensive Therapies

Hypertensive disorders of pregnancy (HDP) affect 5-10% of pregnancies and are associated with mortality and morbidity in offspring and in mothers. Use of antihypertensive therapies, including angiotensin converting enzyme inhibitors (ACEi) and angiotensin II receptor blockers (ARBs) contraindicated in pregnancy, and is therefore rare and not well characterized. The objectives were to describe utilization of antihypertensive therapies in HDP, focusing on ACEi and ARBs overall and by pregnancy trimester. We conducted a nationwide cross-sectional study using routinely and prospectively collected data from the Danish Medical Birth Registry, the Danish National Patient Registry, the Danish National Prescription Registry, and the Danish Civil Registration System. The study population consisted of all pregnancies ending at ≥22 gestational weeks as a live or still birth in 1997-2016. We reported prevalence of ACEi, ARBs and other HDP therapies utilization. Whenever necessary, reported frequencies were rounded (‘clouding’) to comply with data protection regulations. Among the 1,218,633 pregnancies, 73,960 (6.1%) were complicated by a HDP. Of those, 19.3% (14,249/73,960) had at least one dispensing of any antihypertensive therapy. Of women with pregnancies complicated by a HDP, 1.0% had at least one dispensing of ACEi or ARBs (735/73,960). The number of pregnancies with dispensings of ACEi or ARBs was small and decreased with trimester (N=695 in first trimester vs. N=50 in second trimester vs. N=25 in third trimester). The most frequently dispensed ACEi and ARB were enalapril (255/73,960, 0.3%) and losartan (145/73,960, 0.2%), respectively. Of pregnancies with a dispensing of any antihypertensive therapy, the most prevalent condition was chronic hypertension (7,745/14,250, 54.3%), followed by gestational hypertension (2,890/14,250, 20.3%), preeclampsia-eclampsia (1,890/14,250, 13.3%), and preeclampsia superimposed on chronic hypertension (1,720/14,250, 12.1%). ACEi or ARBs were dispensed in pregnancies with chronic hypertension (590/735, 80.3%), preeclampsia superimposed on chronic hypertension (130/735, 17.7%), and gestational hypertension (15/735, 2.0%). As expected, the utilization of ACEi or ARBs for therapy of HDP was low, but not absent. 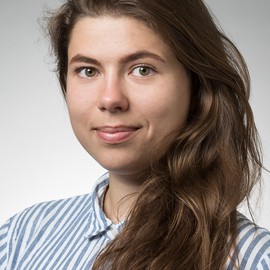