Threatened abortion and risk of cancer 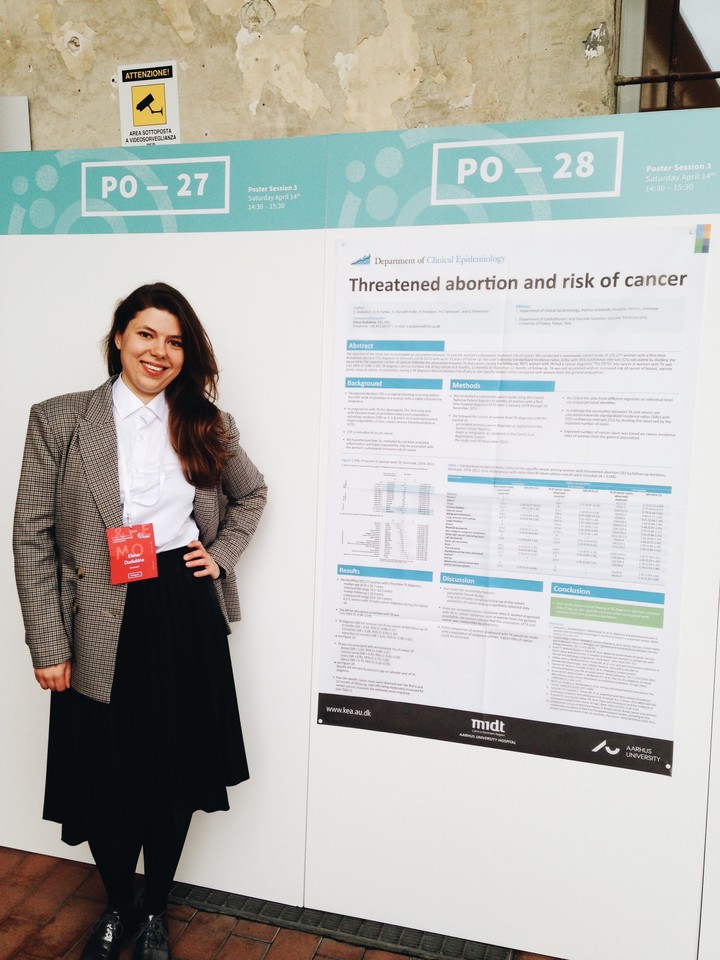 Thrombosis and bleeding are severe coagulation abnormalities. Bleeding may be indicative of clinically silent cancer. Threatened abortion (TA) manifests as a bleeding in early pregnancy. We hypothesised that TA may be associated with increased risk of cancer diagnosis. The aim was to examine whether TA is associated with increased risk of cancer diagnosis. Using unique personal identifiers, we linked data on in- and outpatient hospital visits from the Danish National Patient Registry, incident primary cancers from the Danish Cancer Registry, and migration and vital status from the Danish Civil Registration System. The TA cohort comprised women with a first-time hospital diagnosis of TA from 1 Jan, 1978 through 30 Nov, 2013. A comparison cohort was the general female Danish population. We followed the TA cohort from the discharge date of care associated with TA until an incident diagnosis of primary cancer, death, emigration, or study end, whichever occurred first. We calculated standardized incidence ratios (SIRs) for any and site-specific cancers and stratified SIRs by age at and year of TA in 5-year groups and by follow-up length. We identified 105,277 women with TA, with a median follow-up of 16.9 years (interquartile range 10.5-24.4 years). During the follow-up, 6,571 women with TA developed cancer. The SIR for any cancer was 1.01 (95% CI=0.98-1.03). TA was not associated with an increased risk of cancer of breast (SIR=1.02, 95% CI=0.98-1.07), uterine cervix (SIR=0.93, 95% CI=0.83-1.03), ovary (SIR=0.91, 95% CI=0.78-1.06); or uterus (SIR=0.79, 95% CI=0.66-0.95). Threatened abortion is not associated with increased risk of cancer diagnosis.